Use a Jump Server for a Secure Tunnel to Lightsail Databases

Jump servers, otherwise known as bastion hosts, provide seperation between your servers and the internet.

The idea is that you make a secure connection to the jump server, which then forwards your request to the target server.

Note: In this blog post I'm going to talk about connecting to server's in AWS Lightsail as an example, however the same idea is applicable and transferable to Azure, Google Cloud or wherever you host your servers.

Why use a Jump Server?

Imagine that i've got 2 servers. A web server running on a compute instance, and then a seperate database instance in Lightsail.

I don't want to make my database publically accessable to the whole world over the internet because it leaves the system open to security breaches. However I need to sometimes make a connection to the database for development purposes.

Maybe I could only enable Public Mode while developing, but then I still need to remember to switch off Public Mode when I'm finished. And I might be spending days developing, which is a long time to leave the database accessable over the internet.

By using a jump server, we're still exposing a server to the internet, which is our Linux jump server. However we'll be authenticating the connection to our Linux server with an SSH key, and you could go one step further with 2FA (two factor authentication). We need to have port 22 open for the SSH connection.

This is more secure than opening port 3306 for MySql, port 1433 for SQL Server or port 5432 for PostgreSQL to the whole world.

What is Local Port Forwarding?

As the guide below will show you. Local port forwarding allows traffic from a specific port on your computer, to be routed via the jump server, to the destination.

Guide To Setting Up A Jump Server

Login to Lightsail, select the option for instances and then create a new instance.

Make sure you have the SSH key downloaded from the Lightsail portal. You'll need this later.

When you're ready, click on Create Instance and wait for your machine to become ready.

It's a good idea to test your connection to the server. I recommend connecting to the server via SSH and updating via APT.

Open MobaXterm and open up the tools sidebar by clicking on the icon on the left hand side. 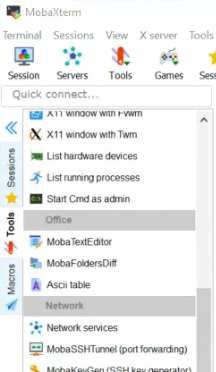 You should now see this window popup window, here we can specify the details of your port forwarding chain. 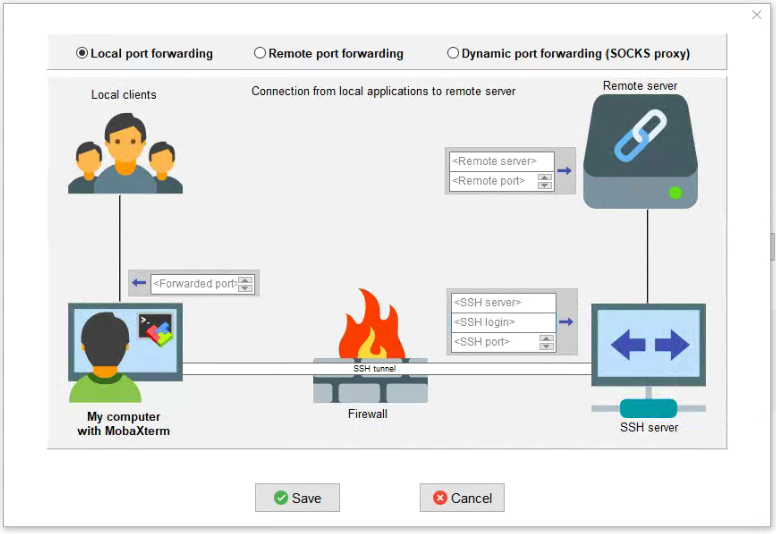 Keep the Local Port Forwarding radio button selected. And enter the below details based on your unique setup;

Once you have this information entered, click on the save button.

You should now see the newly created port forwarding config on the SSH Tunnel list.

There's now one final task. Click on the key icon and browse to the location where you saved the SSH key you downloaded earlier.

Once you've opened the SSH key saved earlier, click on the start button to start your SSH tunnel.

And that's it you should now be able to make a connection to the endpoint via your jump server.